Salman Ahmad, whose player name is Mamba, streams at the S8UL gaming house.

Next to a primary school and a shabby playground in India’s financial capital Mumbai stands a plush four-story building that’s home to the world’s newest breed of athlete.

More than 20 young “streamers” in residence spend their day playing video games, training hard for televised esports tournaments that draw in millions of viewers. Equipped with bunkbeds, cubicles and a kitchen with a full-time chef, the gaming house is one of many popping up around the country — testament to the explosive growth of an industry that’s attracting investment from around the world.

“We eat, sleep and play under the same roof,” said Animesh Agarwal, founder of Mumbai-based content creator and gaming talent management company S8UL. “When we play big ticket tournaments, it’s all about the mental play. We need to bring teams together to build trust.”

While still in its infancy compared to the US, China and Japan, investors are betting on huge growth in Indian esports — powered by one of the world’s youngest populations and cheap mobile data. Tournaments are attracting huge prime-time television audiences, while thousands pack into arenas to watch teams play shooter games on their mobile phones, with the action beamed onto giant screens.

Dubai-based esports firm Galaxy Racer is joining up with one of Asia’s largest music festivals Sunburn to host a three-day tournament from Nov. 18 in the city of Hyderabad, where players of the first-person hero shooter game Valorant will compete for a prize pool of $100,000. 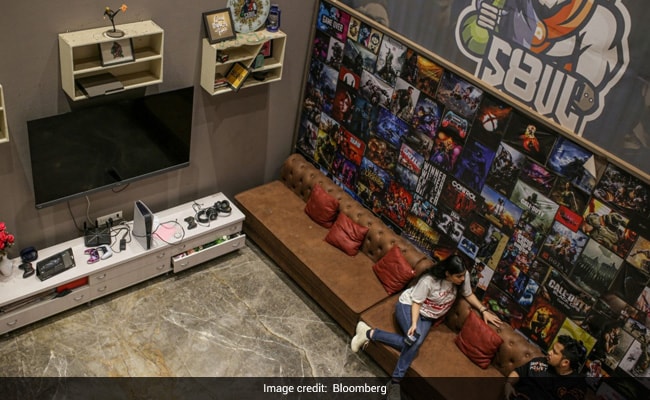 The lounge area of the S8UL gaming house.​​

“India’s growing middle class will have more disposable income, which they will spend on entertainment of their choice,” said Akshat Rathee, managing director of Nodwin Gaming, which organized the three-week Battlegrounds Mobile India Masters Series tournament earlier this year. “These eyeballs are going to be worth a lot of money.”

The industry was jolted in July when India’s government demanded the Battlegrounds game be removed from app stores. But investors and gamers seem unfazed by the disruption and the potential for more regulatory action, figuring the order was aimed at a Chinese-backed firm and there are plenty of other blockbuster titles to fill the void.

“Our revenues have only gone up after the game was taken away,” said Rohit Jagasia, the founder of Revenant Esports, whose teams play a range of titles and announced a sponsorship deal from sportswear brand Puma in October.

The industry, excluding real money gaming, is expected to grow to $4 billion by the fiscal year ending March 2027, from $1.1 billion in 2022, according to gaming focused venture capital fund Lumikai. India was the largest consumer of mobile games in the world this fiscal year, topping China and the US with 15 billion downloads, it said.

Investor interest remains strong, even after the government action against Battlegrounds, said Lumikai’s founding general partner Salone Sehgal. “Investors care about the long-term picture, and that is still intact,” she said.

Unlike other gaming markets where play is console- or PC-based, Indian users access live-streams mainly via their mobile devices. Thanks to cheap data from wireless carriers such as Reliance Jio Infocomm Ltd., India is among the highest mobile data users in the world. The nation will have 1 billion smartphone users by 2026, from 750 million last year, according to Deloitte. 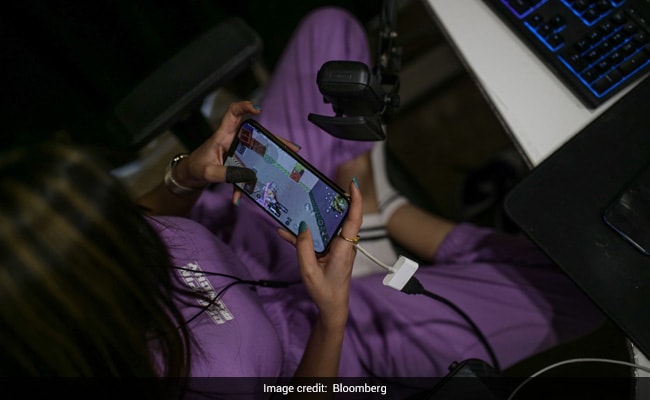 The rollout of 5G in India will give gaming a further boost, according to Sean Hyunil Sohn, the chief executive officer of Krafton India whose South Korean parent created hit video game PUBG: Battlegrounds, and the Indian version Battlegrounds Mobile.

“When 5G is established, we will have much more resources to deploy more games into the Indian market,” said Sohn.

Back in the gaming house, the financial rewards are clear.

Salman Ahmad, 29, quit his job as a tech assistant at Google in New Delhi to be a full-time gamer. He now earns more than 1 million rupees ($12,000) a month, several times more than his Google salary, playing for S8UL.

“Gaming has given everything to me,” said Ahmad, whose player name is Mamba. “I used to play games till 4 am during my engineering days — now I am supporting my family with it.”

Saloni Pawar, 23, is one of a growing number of women gamers, though doesn’t play for S8UL or reside in its training house. She was the first woman to represent India internationally, and helped her team come second in a tournament in Thailand in 2019.

“My parents have told me to do more ‘girly’ things and not sit at home playing games,” said Pawar, who has almost 61,000 YouTube subscribers and has collaborated with brands such as LG and Asus. “But once money started flowing in, they turned supportive.”

The industry does face some difficulties, not least the fact that esports are not officially recognized as a sport — making it more difficult for players to gain visas to take part in international tournaments. There needs to be a clear distinction between esports that require skill, and other online “games of chance” such as rummy or poker, according to Lokesh Suji, director of Esports Federation of India.

The government action against Battlegrounds Mobile has also fueled uncertainty for developers, according to Rishi Alwani, communications manager and writer at SuperGaming. “The concern is not whether this a permanent ban or not, it’s about the lack of clarity,” he said.

Meanwhile Rathee of Nodwin Gaming has big ambitions, and draws parallels to the Indian Premier League. Media rights for the IPL, one of the world’s most-watched sporting events, sold for more than $6 billion in June — making the competition more expensive to broadcast than England’s top-flight football.

“We want to do to gaming what IPL did to Indian cricket,” he said.

‘Was Shattered Seeing Bruises On Her Neck’: Shraddha Walkar’s Manager At Work

highlightsIt is very important to look at the budget...

highlightsApart from cooking, it can also make you plan...
News4patna

highlightsIt is very important to look at the budget...